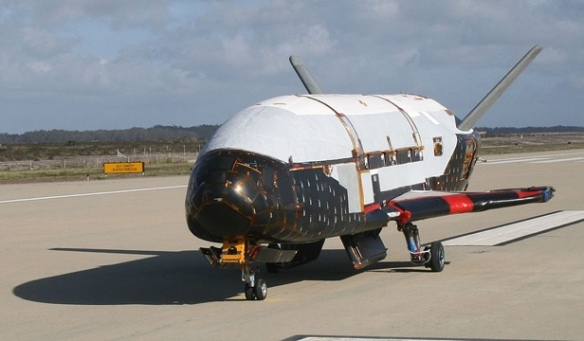 In a testing procedure, the X-37B Orbital Test Vehicle taxis on the flightline in June 2009 at Vandenberg AFB, Calif

The Air Forces X37B autonomous mini shuttle has proven a great success. The first prototype orbiting for 9 months and then returning safely. The second unit is currently at 10+ months. Also the craft have shown that they are very maneuverable in orbit and very hard to keep track of from the ground even by pretty sophisticated observers. Now The AF is talking about an X37C that could carry six passengers. But it would still be autonomous, i.e. the passengers are passengers not pilots. To me that is probably a rather weak cover/secondary use. Most of the craft would spend most of their lives with no passengers, doing an array of important tasks. I think the AF like s the idea of a more ‘drone’ like operating profile, multi use(refuel, recovery, small launch, medium duration observation, etc) able to upgrade, lower orbit so less massive ‘optics’ for any class of objective. This would be the true space fighter, not a combat vehicle, but a platform that can do almost anything almost anywhere (in orbit) on very short notice without giving away the mission just by its shape/launch orbit.

Of course they need to lose the expensive aeroshell, it was necessary I assume to keep from having to do something even more expensive with the Boosters control laws, but it sure looks expensive, and for the six person version would get pretty bulky. Of course a 6 person crew though the same as the shuttle does not mean a shuttle scale vehicle, Shuttle was a mixed cargo freight hauler most of its size was for cargo I don’t the X37C will be much more than 2x maybe 3x the size of the diminutive 29ft X37B. 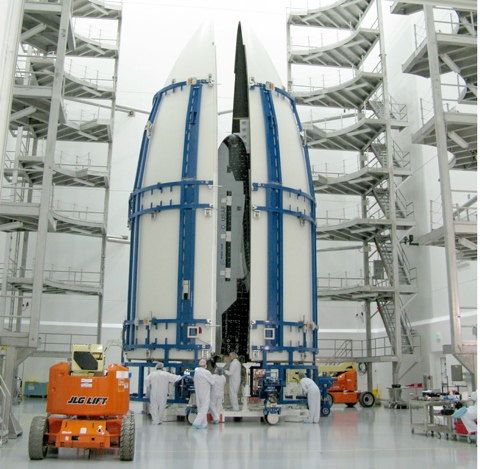 The US Air Force X-37B Orbital Test Vehicle during encapsulation within the United Launch Alliance Atlas V 5-meter fairing Feb. 8, 2011, at Astrotech in Titusville, Fla. The fairing protects and carries the OTV into space.