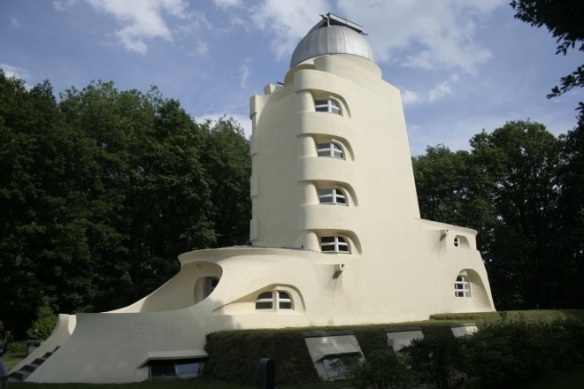 Einstein Tower, Potsdam, Germany
The 1920s-era Einstein Tower was built to prove one of general relativity’s predictions — that gravity would cause a shift in the sun’s spectrum. Although it never succeeded, it was one of Germany’s most important observatories for many years, up until its partial destruction during WWII. A fan of Einstein, architect Erich Mendelsohn molded concrete into graceful curves to evoke Einstein’s theories. Located at the Astrophysikalisches Institut Potsdam, the observatory is still in use as a solar observatory, though it splits time as a tourist attraction as well. The tower is skewered by a 1.5-meter solar telescope that visualizes solar magnetic fields and their location within sunspots.

Amazing what you can do with concrete, this sort of thing ought to be easier with 3D printing tech….