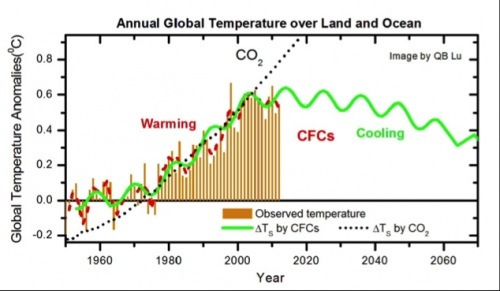 Chlorofluorocarbons are to blame for global warming since the 1970s and not carbon dioxide, according to new research from the University of Waterloo published in the International Journal of Modern Physics B this week. This graph shows the predicted path of global temperatures is set to continue their decline as a result of depletion of CFC’s in the atmosphere. Credit: Qing-Bin Lu, University of Waterloo