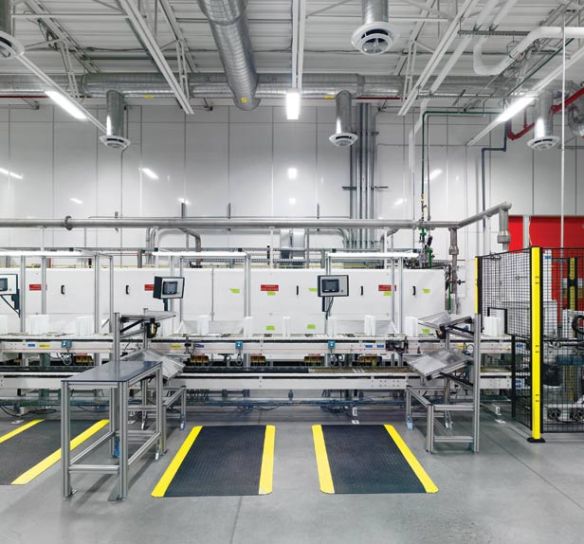 From Technology Can We Build Tomorrow’s Breakthroughs? I think the answer is a resounding yes though I agree there is reason to be cautious.

Does this represent net loss or just change?

As I have discussed before there is at least reasonable evidence that manufacturing in the US is on the upswing and while the charts paint a disappointing picture one has to be a bit careful about what is being measured. If mass production were giving way to boutique build +value add, might one miss it because we are importing what are essentially the bricks and mortar (which we by the way mostly designed or own a big part of) and the customization and final build (with their higher margins and more creative content) is done here?

There is an interesting section in here dealing with the founder of A123 and then with a couple of solar cell manufacturers.  And the author makes some very telling points.  I think they should be emphasized:

The first comment after the article makes the point that established companies have in my way of thinking ‘normalized and processed’ innovation out of their main line business because of the costs.  It is easy to project cost and risk with incremental improvements.   The costs and risks of really new products/processes (disruptive ones) are much more uncertain, and few managers are allowed the latitude to innovate in big, risky ways.

But this circles back around, does this in fact facilitate the creative destruction that the US industrial base has depended on.  Once large corporations run by bull-headed industrialists did the risky stuff.  When that generation was replaced by the MBA brigade they froze up.  Then the innovations erupted in a series of mid rankers with mavericks at their head or in a series of entrepreneurial start-ups who then took down many of the old guard.  Are we seeing the wake of another change of phase…

Anyway a good article but don’t take it as gloom and doom, its pretty evenly pro as well as con.

Okay this brings back memories, as a young engineer I supported-oversaw ManTech R&D on ink jet printing of electronic circuits and the development of ink tech. Different time, place, technology but still cool and promising especially for the US I think the center of custom/additive manufacturing.

To get the geek juices flowing in any ManTech junkies here is the abstract:

We demonstrate ink-jet printing as a viable method for large area fabrication of graphene devices. We produce a graphene-based ink by liquid phase exfoliation of graphite in N-Methylpyrrolidone. We use it to print thin-film transistors, with mobilities up to~95cm^2V^(-1)s(-1), as well as transparent and conductive patterns, with~80 % transmittance and~30kOhm/sq sheet resistance. This paves the way to all-printed, flexible and transparent graphene devices on arbitrary substrates