If you follow me and glance over ThisWoldAndOthers you will realize, I hope, that I write SciFi, not for a living but for relaxation and as an outlet. I have mentioned NaNoWriMo before but forgot to mention it this year, just in case someone passing by might be interested but not know about it. November is/was the month and I have participated in (and become a winner once more!)

National Novel Writing Month (NaNoWriMo) is a fun, seat-of-your-pants approach to creative writing. On November 1, participants begin working towards the goal of writing a 50,000-word novel by 11:59 p.m. on November 30. Valuing enthusiasm, determination, and a deadline, NaNoWriMo is for anyone who has ever thought fleetingly about writing a novel. Here’s a little more about how it all works.

National Novel Writing Month is also a 501(c)(3) nonprofit that believes your story matters. You know how writing makes the world a more creative, vibrant place. Through NaNoWriMo—as well as our Young Writers Program, the Come Write In program, and Camp NaNoWriMo—we work hard to empower and encourage that vibrant creativity around the world. We can’t do it without writers like you.

82,554 students and educators created worlds with the Young Writers Program.

615 libraries opened their doors to novelists through the Come Write In program.

And in 2013, 44,919 Campers participated in Camp NaNoWriMo’s online writing retreat.

The novels not done even at 50k+ words its about 1/2 way, but here is the draft cover….and synopsis…

War of the Worlds?

It’s a Black Swan event, a disaster no one was looking for, despite decades of discussion. A killer asteroid slingshots around the sun and is heading straight for the heart of the US.

A desperate shot with an experimental space plane and obsolete nation killer bomb may save the day. Except worse turns to weird when it becomes obvious that the incoming hundred thousand tons is not an asteroid but a derelict starship.

Weird turns to near certain war when the ‘derelict’ starts spinning out landing craft, does the President destroy it, do the aliens come in peace?

The story of the men and woman who get to put the answers together and live…if they survive…with the consequences.

Not sure no ones talking about them but they are not looking at it from the right perspective…or not consistently. The 5C points out that personalization is a critical element but does not require a plethora of hardware versions to accomplish. Look at where Google/Motorola went with their customizable shell. The 5S finger print sensor, activity monitoring sub system and stepped up camera all point to the iPhones purpose as the center of your digital life.

Apple continues to lead even as the handset proliferation continues apace. The phone you own if you are serious these days is the iPhone and while others will backfill in the wake its Apple that still leads.

The 5 family is probably still in line with the concepts that Apple evolved under Jobs’ leadership. Not to say the team at the helm are only turning the crank. It’s also not to say that Apple couldn’t stumble, could miss a new wave, but right now they are in the lead and I don’t see much in the way of useful Tech they have missed yet. The iWatch and iTV, so far as I can see, have no traction because the technology is not here to make them special in the way Apple needs for their brand identity.

The iPhone/iOS is the anti Android and it will remain that way, while others like Nokia/MS, Motorola/Android and I think Samsung, SONY and even maybe HTC and LG, will evolve towards a more Apple like model. In the end the serious contenders will be variations on the Apple model with highly secure products that are your digital core. 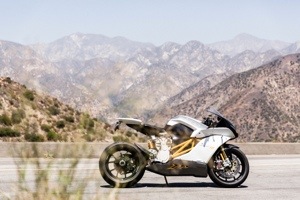 Riding the Mission RS Is Like Driving a Two-Wheeled Tesla

My son and I went to see Man of Steel yesterday and thoroughly enjoyed it. In my opinion ‘Hollywood’ for all the damning it/they take these days is/are in fact incredibly good at making movies that the ‘public’ like me enjoy, see: Star Trek into Darkness, Iron Man III, Oblivion, etc, etc….I will agree that they are not so good at making movies that spark movements, deep introspection, change hearts, etc but the working stiffs out here in the real world can only take so much of that (near zero in my case since I suffer internet news triggered navel starring disorder class one to begin with and go to the movies to get away from the world not to get hammered from one more angle by it .)
Other reviews:
http://booksforkidsblog.blogspot.com/search?q=Man+of+Steel
http://www.npr.org/2013/06/13/189284063/steel-trap-snyders-superman-between-worlds
http://arstechnica.com/gaming/2013/06/man-of-steel-review-a-surprisingly-human-superhuman-story/
Henry Cavil …Clark Kent / Kal-El. Great choice
Amy Adams …Lois Lane. Fun to see
Michael Shannon …General Zod Great choice, great part, good man in evil cause
Diane Lane …Martha Kent Yes!
Russell Crowe …Jor-El Wow!
Harry Lennix …General Swanwick Good pick
Richard Schiff …Dr. Emil Hamilton Good pick
Christopher Meloni…Colonel Nathan Hardy Good pick
Kevin Costner …Jonathan Kent Oh Yeah!
Laurence Fishburne …Perry White Great supporting role

This is a very good movie despite what some say, though things that I think make it stand out perhaps ruin it for others. It has now been said many times, this is, at its core, a Science Fiction, not a genre Super Hero, movie and that core is very, very good. Man of Steel takes the Superman back story, fleshes it out and draws it out into a fully imagined prequel to the superhero of our childhood. This story of his birth and orphaning to Earth is striking and heart felt.

An artist without the commercial drivers of movie making and IP dollarization might have been able to stop there without much, if any, Super Hero baggage, leaving us with what might have been a timeless piece of work.

What I see as the problem is that the ‘execs’ felt they needed more than a good science fiction movie based on the Superman back story. They wanted a summer blockbuster super hero movie. So the creators gave them a summer blockbuster SciFi blow em up of the Independence Day sub genre and a Super Hero movie of the Spider-Man genre. They then proceeded to lace these pieces together with the science fiction piece, quite successfully mind you, into Man of Steel.

The three movies in one do actually make an entertaining whole with the core Science Fiction story providing gravitas. The other two parts do their thing though too often when two or three of the ‘bits’ have to overlay, things seem to get spoiled.

As said elsewhere some of the action sequences particularly around the Kent’s home town are too drawn out and there is something almost bug like about the super speed fighting that takes you out of the moment.

In the long battle scenes in ‘Smallville,’ Metropolis, even on Krypton, the humans and normal Kryptonians in the battle zone get squished/slaughtered in bushel lots with very little comment. Yet when Zod forces superman to kill him, Cal-El seems incredibly distraught, as distraught as when his adoptive father stops Clark from saving him thus revealing his super powers during late adolescence.

Related side note: My son said he was glad that the creators had not ruined the ‘reality’ of the action sequences by showing repeated miraculous saves. And though from one view it’s a bit cold from my writers perspective he is absolutely right.

There’s a lot one could say about this movie, my bottom line, if you have hesitated to go due to one review or another my suggestion is go, (see the cheap regular version like we did, it’s excellent and I’ve come to the conclusion that 3D, IMAX3D, etc are not really worth the extra price.) The theater we went to was quite well filled for mid afternoon second week with other new starts, and the folks behind us had seen the movie at least once and perhaps twice before and still seemed ready to see it again after the show.

Flying your way soon* is the AeroSight-carried pizza of your choice, courtesy of Domino’s and the conceptual creators at the group T + Biscuits. Working with Domino’s directly – for real, that is – as well as the UK-based drone group Big Communications, T + Biscuits have created the flying pizza. This machine is known as the DomiCopter and though it won’t be hitting the side of your house this week, it might be out there eventually.

We’re told it’s the wave of the future. Design, make, enjoy. Beyond home-based 3-D printers, there will be new machines and display screens and apps that will invite you to have day to day products just the way you want them. Digital buffets await and not surprisingly the time is now to contemplate robot bartender systems. Such a system is on display now, which can serve the cocktail of your latest twist of imagination. Makr Shakr is the name of the new system which goes on display at the Google I/O conference in San Francisco, starting Wednesday. The drink-making robotic system made its debut during Milan Design Week 2013, and is making a debut in its final configuration at the Google event. The system can make the cocktail you want with its three robotic arms, which mimic the actions of a bartender. Shaking a Martini and slicing lemon garnishes are part of its repertoire. A smartphone app allows users create their cocktail concoctions from scratch. 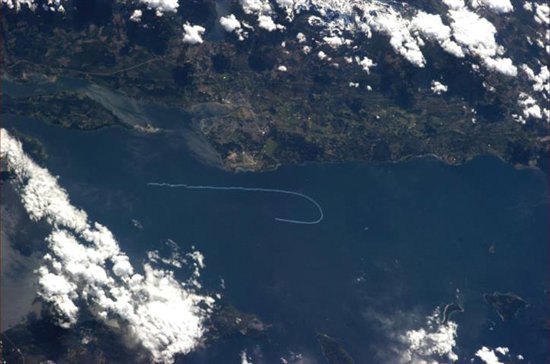 all of their aircraft dragging smoke, it was a real calm day!